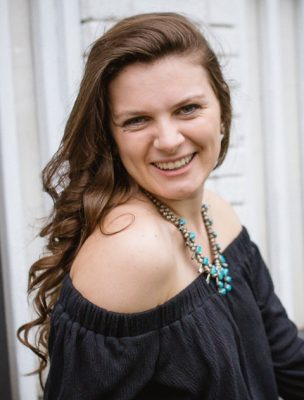 After attended a technical high school where she received Certified Nursing Assistant training, Esther Shafer ’20, worked for five years as a Research Associate for the National Cancer Institute, and is currently a student in our ASN nursing program. Given her background, choosing PA College may have seemed like a safe bet, but Esther hasn’t shied away from adventure during her health care journey. Last summer, she packed up her truck and headed for Arizona, where she found work as a Medical Assistant for the Tohono O’odham Nation.

This tribe’s large reservation is served by a Hospital and three satellite outpatient facilities. At one of these remote locations, Esther was part of a small team comprised of a nurse and two medical assistants who support a variety of practices including Pediatrics, Podiatry, Dental, Family Practice, Optometry, OBGYN, Nutrition, Diabetic, Wound Care, and Procedural Clinics. Esther also served as the primary coordinator for the Federal program Vaccines for Children, responsible for ordering and inventory, quality control, records management, staff education and more.

After earning her degree, Esther plans to return to Rural Medicine with Indian Health Services. She’d love to be part of the Tohono O’odham’s plans to add a fourth satellite facility on the reservation. Of her experience there, Esther shares: “Serving the people of the Tohono O’odham Nation has been by far, the best decision I ever made. They are amazing people. And, since PA College gives me the flexibility of studying online, I was able to complete BSN courses from 2,400 miles away!”

Esther grew up on a dairy farm in Maryland and in her free time, enjoys spending time outdoors – camping, hunting, hiking, running and snowboarding. She hopes to pursue some of these pastimes back in Arizona, adding: “I went there with no motive but to serve and give good medicine, but it turns out living in the West was the strongest medicine of all. I can’t wait to go back!” 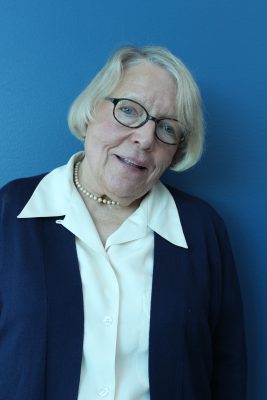 Alumna Margaret Yoder Groff’s career in health care began at the Lancaster General Hospital School of Nursing (now PA College), where she earned her diploma in nursing in 1959. The first years of her nursing career included positions at Lancaster General Hospital, a short stint at St. Luke’s Hospital in New York City, and at the Louis A. Weiss Memorial Hospital in Chicago. Beginning in 1964, Margaret temporarily left nursing to devote her time to raising her family’s three sons.

In 1972, Margaret returned to nursing with the Summit Co. Visiting Nursing Service in Akron, Ohio. Two years later, they sent her to what was then called a Primary Health Practitioner program at the Frances Payne Bolden School of Nursing at Case Western Reserve University. This program comprised four months of intensive classwork followed by a one-year internship working one day weekly with a Family Practice physician along with four days in the Visiting Nurse Service. “At that point, I was ready to try for Medical School,” shares Margaret, and in June 1975, she enrolled in pre-Med at the University of Akron, graduating in 1978. Three years later she began her studies at Northeast Ohio Medical University, followed by a residency in Family Practice. Today, Margaret notes that she is currently the oldest graduate of the medical school!

After returning to Pennsylvania, Margaret began working for Holy Spirit Hospital in their Duncannon Family Health Center, later transferring to the Silver Creek Family Health Center until her retirement in 2010 at age 73. She continues to volunteer one day a week at a free clinic at Christ Lutheran Church Medical Outreach in Harrisburg, co-sponsored by Holy Spirit Hospital. Thinking back on her education and career, Margaret shares: “I am proudest of having reached each goal I set out to achieve, and of my service both as a nurse and as a doctor. I am grateful to have had the opportunities that I had. My nursing education, with all the values we were taught, was the foundation I needed to begin my journey.”

In her spare time, Margaret enjoys singing her in church choir, and plays Mah Jongg weekly. She also enjoys frequent visits to her family’s rustic cabin in the woods with her husband, friends and family, and travels far and wide as the chance arises. Margaret began swimming regularly while in nursing school and continues the habit today. She credits swimming with giving her the stamina to keep up with classmates twenty years her junior.